By Stephanie Parker, co-host of the Kpopcast

Headlines from a recent Kpopcast hot issue episode include: NCT 127 Lucas is on hiatus from the group after ex-girlfriends came forward with stories of gaslighting and cheating behavior. G-Idle faces an uncertain future as member Jisoo leaves the group amid accusations of bullying when she was in school. In the case of B.I., former leader of iKON who left due to a drug scandal, the prosecution seeks a prison sentence of three years.

It’s become a staple of the Kpopcast Hot Issue series: an almost weekly round up of idols posting apologies, halting performance activities, or leaving the Kpop industry after being found to have committed some type of harm or socially unacceptable act.

As a fan community, it seems like we’ve come a long way since the days when we would “stand by” our idols no matter what. When we would deny and dismiss all allegations because they don’t match the perfect image we have a certain K-pop star. We know all about the “dark side of K-pop” now, and we’re coming to terms with the reality that the character we see on the screen is not the whole person. We’re starting to name and pull apart these “parasocial relationships,” a topic discussed in-depth on the #Kpopchat a few weeks ago.

When an idol is caught doing something inappropriate, and when the information becomes public, the response from music labels tends to follow this pattern:

1) Deny the allegations and wait for media to move on; if successful, continue business as usual. If not successful, go to step 2.

2) Issue a public apology and wait; if successful, continue. Otherwise, go to step 3.

3) Remove the individual from the group/promotions; and continue business as usual.

As a fan who has watched this play out many times now over the years, I just have a few questions.

In all of these cases, a single idol receives punishment. Was that individual the only person in the world involved in creating the conditions for the harm to take place?

Does the harm stop happening once that idol is reprimanded or removed?

If we could peer into the personal lives of every K-pop star, and all of the harm, abuse, crimes, and scandalous acts they’ve committed were made public one by one, would there be a single K-pop star left in the business? What if our own lives were examined in this way?

If we want to answer any of these questions as Kpop fans we need to learn more about abolition and transformative justice.

Here’s a great place to start: https://transformharm.org/transformative-justice-a-brief-description. I have included some relevant excerpts below. Mia Mingus writes, “Transformative Justice (TJ) is a political framework and approach for responding to violence, harm and abuse…[by] getting in “right relation,” or creating justice together… TJ responses 1) do not rely on the state (e.g. the criminal legal system, 2) do not reinforce oppressive norms or vigilantism; and most importantly, 3) actively cultivate the things we know prevent harm such as healing, accountability, resilience, and safety for all involved.”

What comes up for you as you read the previous paragraph? What emotions and sensations arise when you finish each of the three aspects of transformative justice? Tension, discomfort, relief?

1) Lucas from NCT127 willfully enters into a small community accountability process with a few people he trusts and respects, along with the ex-girlfriend. Lucas listens to understand the impact his actions have caused, and makes efforts to repair the damage. Everyone in the room reflects on the role they played in the situation, along with the role that systemic oppression played. The group agrees to treat each other differently from now on, working to change any toxic power dynamics, but acknowledging that they will all likely cause interpersonal harm again in the future.

As Mariame Kaba explains in So you’re thinking about becoming an abolitionist https://level.medium.com/so-youre-thinking-about-becoming-an-abolitionist-a436f8e31894, “A world without harm isn’t possible and isn’t what an abolitionist vision purports to achieve. Rather, abolitionist politics and practice contend that disposing of people, by locking them away in jails and prisons, does nothing significant to prevent, reduce, or transform harm in the aggregate. It rarely, if ever, encourages people to take accountability for their actions.”

2) B.I. from iKON does not go to prison. Mingus writes, “TJ requires that we understand that it is not about locking-up a few “bad apples,” but that harm/ violence is a necessary norm in our current society and actively encouraged.” If B.I. did commit harm against himself or others through his drug use, what conditions lead to that outcome? What would help him and all of us to heal from those conditions? The answer has never been prison or other forms of carceral punishment.

3) Jisoo and her former classmates sit down face-to-face for a private, open, honest conversation about the pain and shame still alive in them today, making sure the classmates feel seen and heard. There is likely a strong release of bottled up emotions all around. These emotions and harms need to be healed for both the victims and Jisoo. The group would also need to examine the culture that creates bullying behavior in the first place as a way to express ourselves.

These scenarios probably sound impossible. For example, who in the K-pop Industry would play the role of trusted community members, maintaining complete privacy and empathy as idols share vulnerable details of shameful acts they’ve committed? Who could listen without reporting what they’ve heard to the police, the media, or the boss? Would you trust anyone in your workplace to do that for you? The music labels and media companies are not places of trust, patience, healing, or humanity. The survival of the business, not the well-being of the people involved, is always top priority. These corporations, along with police and prisons, must be dismantled and replaced. This is where abolition comes in.

But abolishing companies and State institutions like the police is still not enough. As Mingus explains, “Our communities…have also internalized the state and its tactics (e.g. shame, blame, revenge, isolation).” The only way we as K-Pop fans know how to respond to a story of harm is to isolate, shame, and distance ourselves from the “bad boys doing bad things.” To label them as a bully or abuser, and sit back with satisfaction when they bow their heads.

Kaba reminds us that people get pleasure and validation out of punishing others.(https://docs.google.com/document/d/1yYFz_97FIYu9nPf4CyXIsUWUAMjxpK5Z/edit) We’ve undoubtedly observed this in online anti-fan behavior, but can we acknowledge these feelings in our own lives? “Punishment is actually pleasurable, and also easy… much easier than the work it takes to help someone take accountability.” It’s also much easier than turning our gaze inward to reflect on what we have in common with the person who caused harm. Resisting the urge to exert power over someone and see them in pain, because they have caused pain, is one of the hardest parts of working towards abolition.

That’s why, as Mingus concludes, “It is not only identifying what we don’t want, but proactively practicing and putting in place things we want, such as healthy relationships, good communication skills, skills to de-escalate active or “live” harm and violence in the moment, learning how to express our anger in ways that are not destructive, incorporating healing into our everyday lives.”

As K-pop fans, the path to a new world starts with us. 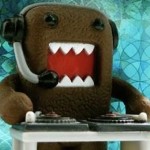 A performer who has shared venues with asian idols like Miyavi, DJ Peter Lo spins a variety of music including Top 40s, Electronic Dance, Hip Hop, and Asian Pop. A 2ne1 Blackjack fan, DJ Peter Lo seizes every opportunity to spread K-pop like a cult for party-rocking crowds.

View all posts by PLo